The Outback Carbon Farming Conference has generated much discussion about the future of carbon farming in WA. 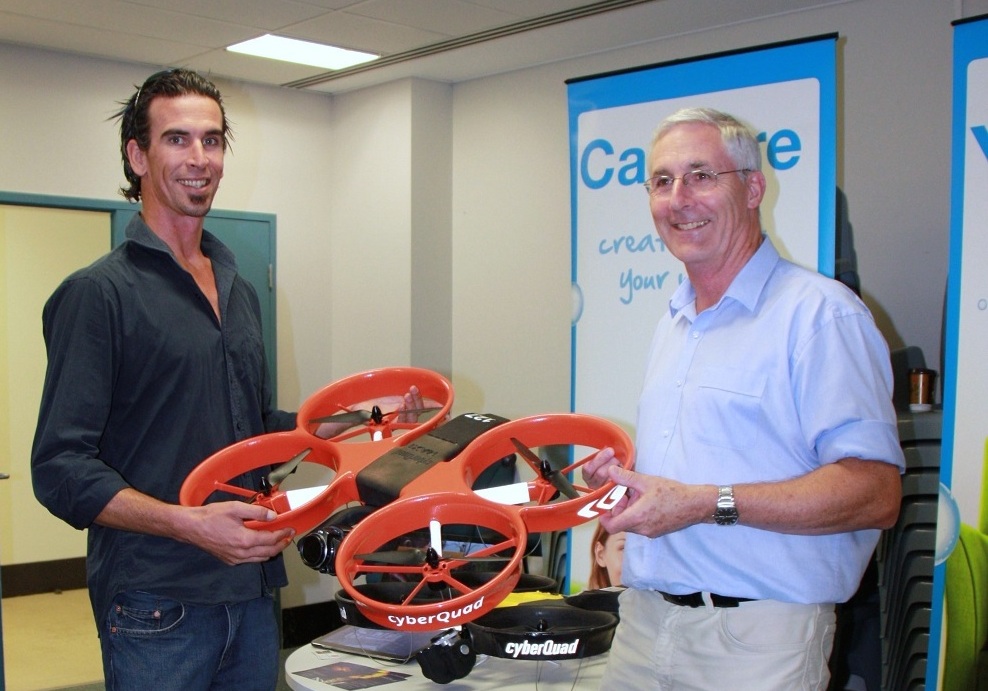 Landgate senior research officer and project coordinator Simon Abbott spoke at the recent Outback Carbon Farming Conference about the potential of this technology to provide an auditing tool to demonstrate the carbon storage results of improved rangeland management practices.

Previous speakers at the conference suggested a multi-billion dollar carbon farming industry may be possible for Western Australia by the building 'biomass storage tanks' through the revegetation of the State's north to store carbon and charge rent for the storage.

Dr Abbott says a Perth company is very close to finalising the development of a fixed wing drone that is able to capture large transects or areas of coastline or rangeland landscapes and process the images into a 3D point cloud, with every pixel of the image placed in its point in 3D space.

“The opportunity for us now comes from the fact that drones are able to fly hundreds of kilometers of line in one single mission, whereas in the past measuring carbon stored in biomass has been extremely labour intensive and destructive to the environment,” Dr Abbott says.

“Previously it involved measuring a quadrat in a land unit zone and destroying the bush by cutting it all down and weighing to determine the biomass per hectare to calculate the amount of carbon."

Project development officer Russell Teede has been trialling the drones using the mapping algorithms developed in the movie special effects industry and adapted for navigation.

“Up until this point it has been a matter of manually measuring individual trees and the process of automating it is the next step,” Dr Teede says.

“Accuracy of the measurement using this particular drone is precise enough to replicate real world situations. Eventually we intend to overlay the images in Google Earth or another mapping program and that would enable measurement of change over time,” he says.

The drones are manufactured in Perth and are the first unmanned aerial vehicle to be certified by NASA for the use of commercial air space in the United States. The unique four rotor quad-copters are fitted with a high-resolution and high accuracy geo-located camera to enable precise 3D landscape map overlays to be created.